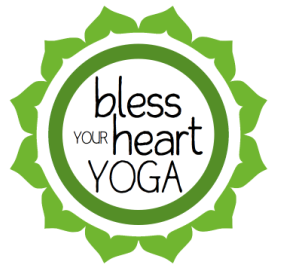 THE KRIPALU APPROACH: YOGA FOR EVERYBODY

It is worth remembering that there is only one yoga and can only be one yoga. True, aspirants are of different natures and resort to various doctrines and practices to progress along the path. But one who completes the process of yoga understands its different paths and sees that the systematic practice of various disciplines leads to the same place. In the end, all yogas lead to one great Yoga. —Swami Kripalu (1913–1981)

Kripalu Yoga developed from one of the American ashram experiments of the 1960s, when Eastern spirituality was spreading to the West and the enticing promise of enlightenment drew young idealists and seekers to Indian gurus and masters. More than 40 years later, while the Kripalu ashram and the guru no longer exist, Kripalu Yoga continues to thrive as a practical, accessible, and contemporary approach to yoga—with more than 5,000 trained teachers worldwide and nearly 40 affiliated studios. The former ashram is now a nonprofit educational retreat center that welcomes more than 25,000 people a year for workshops, trainings, and retreats at its idyllic setting in western Massachusetts.

Like most yoga styles and traditions, Kripalu Yoga uses classic asanas (though not a particular set or routine), pranayama (breathwork), development of a quiet mind, and the practice of relaxation. What defines Kripalu Yoga is its emphasis: following the flow of prana (life-force energy), practicing compassionate self-acceptance, developing witness consciousness (observing the activity of the mind without judgment), and taking what is learned “off the mat” and into daily life.

One reason Kripalu Yoga has been embraced by so many people is that it is designed to adapt to all body types, ages, fitness levels, and interests.

“Kripalu Yoga classes take into account people’s individuality and personal expression,” says Devarshi Steven Hartman, former Director of Kripalu’s Professional Training programs, who found Kripalu Yoga in the early 1980s. “Kripalu Yoga teachers are trained to recognize that we are multidimensional beings, not just physical, and that creativity and spirituality are intricately linked.”

And like with other styles of yoga, students notice the effects of practice from the first time they step onto their mats.

“Kripalu Yoga begins to bear fruit from the very beginning,” says Stephen Cope, Director of the Kripalu Institute for Extraordinary Living and author of The Wisdom of Yoga. “You don’t have to master asanas to feel the peaceful connection to your inner self.”

﻿SWAMI KRIPALU﻿
Kripalu Yoga originally developed through the teachings of Amrit Desai, who was a student of Swami Kripalvanandaji (Swami Kripalu). Swami Kripalu was a highly respected kundalini yoga master from the Gujarat province of India who had experienced spontaneous pranic (energetic) movement as a result of prolonged deep meditation. He later discovered that the spontaneous physical movements he experienced were actually classical hatha yoga postures.

Through his studies and personal experience, Swami Kripalu came to believe that asana, pranayama, and mudras (hand gestures) must be done in the context of classical raja yoga (as presented in Patanjali’s Yoga Sutras), in order to still the mind. In 1977, Swami Kripalu came to visit the Kripalu ashram and stayed for nearly four years, during which time he broke his commitment to silence to deliver a series of rare lectures, which were attended by some of today’s senior Kripalu teachers. He returned to India in 1981 and passed away shortly thereafter.

﻿KRIPALU YOGA TEACHER TRAINING﻿
When Amrit started the Kripalu ashram in Sumneytown, Pennsylvania, he asked Don Stapleton, an ashram member and professor of art education with a strong interest in the sources of creativity, to develop a Kripalu Yoga teacher training. Under Stapleton’s direction, with input from other ashram members, Kripalu Yoga shifted from an authoritative teaching model and developed as an experiential learning process.

“We developed a teaching model that helps people find a way back to their own knowing and access creativity through personal experience,” says Stapleton, who now serves as Dean of Yoga Education for Kripalu. “And because Kripalu Yoga helps each person get in touch with their own inner knowing, everyone’s yoga is going to look different.” This is why each Kripalu Yoga teacher’s classes are unique; each teacher brings his or her own passion, focus, and interest and may draw from a variety of yoga styles.

“The tools and techniques of Kripalu Yoga, designed to draw the mind inward and awaken energy, can be used with any yoga style or tradition,” says Hartman. “We often say that the Kripalu approach provides a tool bag from which to draw on in classes or for personal practice.”

﻿THE THREE STAGES OF KRIPALU YOGA﻿
Kripalu Yoga offers a framework of three stages of practice. The first stage emphasizes postural alignment and coordination of breath and movement, bringing the mind fully present to the body and to sensations through classical hatha yoga asanas. During this stage, postures are held only for a short time, which stretches and strengthens the body, releases chronic muscle tension, and encourages relaxation. The goal is to allow a strong flow of prana throughout the body and to develop mental concentration.

In the second stage, the inner experience is systematically deepened through meditation and the holding of postures for prolonged periods. In addition to strengthening muscles, this prolonged holding helps develop concentration and an ability to recognize and release deep-seated emotional and mental tensions. Over time, unconscious material comes to the surface, where it can be felt, seen, and let go of to restore emotional balance and mental clarity. The heart opens, creating an increased capacity for learning and growth.

During the third stage, also known as “meditation in motion,” both the body and the mind are deeply relaxed, and the body is invited to move spontaneously from one posture to another in direct response to the inner urges and prompting of prana.

﻿A TYPICAL CLASS﻿
Beginning Kripalu Yoga classes focus on stage one, while more advanced classes may include all three stages. Classes are often defined as gentle, moderate, or vigorous, referring to the intensity of practice; however, because our needs vary from day to day and over time, students in Kripalu Yoga classes are encouraged to tune in to their bodies and practice at an intensity that feels right in the present moment. Each class includes centering, pranayama, postures, and meditation, and ends with a period of deep relaxation to revitalize the respiratory, nervous, endocrine, digestive, and other major systems of the body.

﻿TAKING YOGA OFF THE MAT﻿
Regular yoga practice is designed to increase sensitivity to the body’s needs, which naturally leads to healthier choices about diet, exercise, and other lifestyle habits. Observation of the mind’s activity—without judgment—helps to deepen the ability to express oneself, to truly listen to others, and to be authentic in relationships. Since its inception, the Kripalu approach has been an integrated one and has included focus on a healthy diet and body care, authentic communication and relationships, and right livelihood and service.

In other words, this is yoga as a way of life, often described in the Kripalu approach as taking yoga “off the mat.” With Kripalu Yoga, students are invited to bring the fruits of practice-concentration, focus, awareness, compassion, intention, clarity, and inner peace-into all aspects of everyday life. Consistent practice creates thriving and the opportunity for extraordinary living.

As Cope describes it, “We practice on the mat as a laboratory for being present and fulfilled in life and then bring this capacity-to quiet the mind, relax, and stay focused-to other tasks, whether it’s making widgets or collecting stamps. As we begin to practice, we become tuned in to hunches or intuitive guidance. These subtle aspects of the mind guide us to right behavior and highest dharma (life purpose). And the by-product of a highly focused mind is an experience of happiness and equanimity.”

﻿KRIPALU'S FUTURE﻿
Thousands of years ago, when yoga was first developed, practices were passed down from guru to disciple. These ancient yogis could never have conceived of today’s global consciousness. As society continues to change and evolve, people’s needs on and off the yoga mat will continue to change as well.

“Because Kripalu Yoga is a living, spontaneous style of yoga, its expression is always evolving to express people’s current needs,” says Hartman.

At present, more than 300 people a year are trained as Kripalu Yoga teachers through 200- and 500-hour teacher certification programs. Many graduates engage in the vital task of bringing yoga to the general population; some go on to specialize in using yoga to treat depression, eating disorders, chronic illness, and other physical, emotional, and social challenges. Through Kripalu’s Teaching for Diversity program, teachers can receive grants to work with special populations who might not otherwise have access to yoga, including the elderly and at-risk youth.

The Kripalu Center for Yoga & Health is itself undergoing a renaissance, seen in an expansion of the facilities, the development of specialized institutes, and growth in the number of Kripalu Yoga teachers and studios throughout the world.

﻿RECOMMENDED READING
Cope, Stephen. The Wisdom of Yoga: A Seeker’s Guide to Extraordinary Living (Bantam, 2006) and Yoga and the Quest for the True Self (Bantam, 2000)

Faulds, Richard, and Senior Teachers at Kripalu Center for Yoga & Health. Kripalu Yoga: A Guide to Practice On and Off the Mat (Bantam, 2005)

Stapleton, Don. Self-Awakening Yoga: The Expansion of Consciousness Through the Body’s Own Wisdom (Healing Arts Press, 2004)